←MENU
VADER HOUSE
2016
WELLINGTON
This house sits on a fairly tight site on a southern slope overlooking the city. The views and the sun informed the building’s form and layout. I think all architecture should respond to the sun first and foremost: it is the element that is the most beneficial to our existence and well being, and most obviously missing from the majority of our country’s housing stock. All designers should critique their buildings against the location of the sun at various times of the day. It feels like, recently, humanity has gone backward in terms of this fundamental principle.

The rooms are distributed between two wings, either side of the entrance foyer. The first wing is largely communal/public: it hosts the kitchen,dining room and lounge. The second is private. The division of public and private space within a home may be a foreign concept to some, but it is worth considering – along with the way people move between these two spaces, and the threshold between them. In this house, there’s a step down and a material change between sides: plywood cocoons the living areas, while white walls and dark-coloured flooring feature in the private end.

Some new homes in New Zealand lack a soul or rational. of dialogue between the building’s form and its interior spaces. An overly elaborate roof covers all the parts of the house like a tarpaulin flung over cardboard boxes. Spaces have no time to develop during the design stage leaving us alone in a series of white rooms, trying futilely to differentiate them with things we brought from Kmart.

In contrast, this building seeks to give its occupants a sense of space and a clear understanding of the house itself. The roof is one plane, and all ceilings extend up to the underside of the rafters. Each room has its own unique volume. As you approach the building,you see plywood under the eaves and under the building itself. Upon entry you find more wood; it is as if this timber form has been given a black steel jacket.

I believe we need to prioritise people within our spaces; too many people spend a majority of their lives in spaces that will ultimately make them feel sad and uninspired. I went to a dementia ward a few years ago. I was shocked to find how undecipherable the building was,and to note the lack of any real material. Surely in such a space you are tryingto give the brain something to do?
Project Info
Completion: 2016
Photos: Josiah Watson
Builder: Makers of Architecture 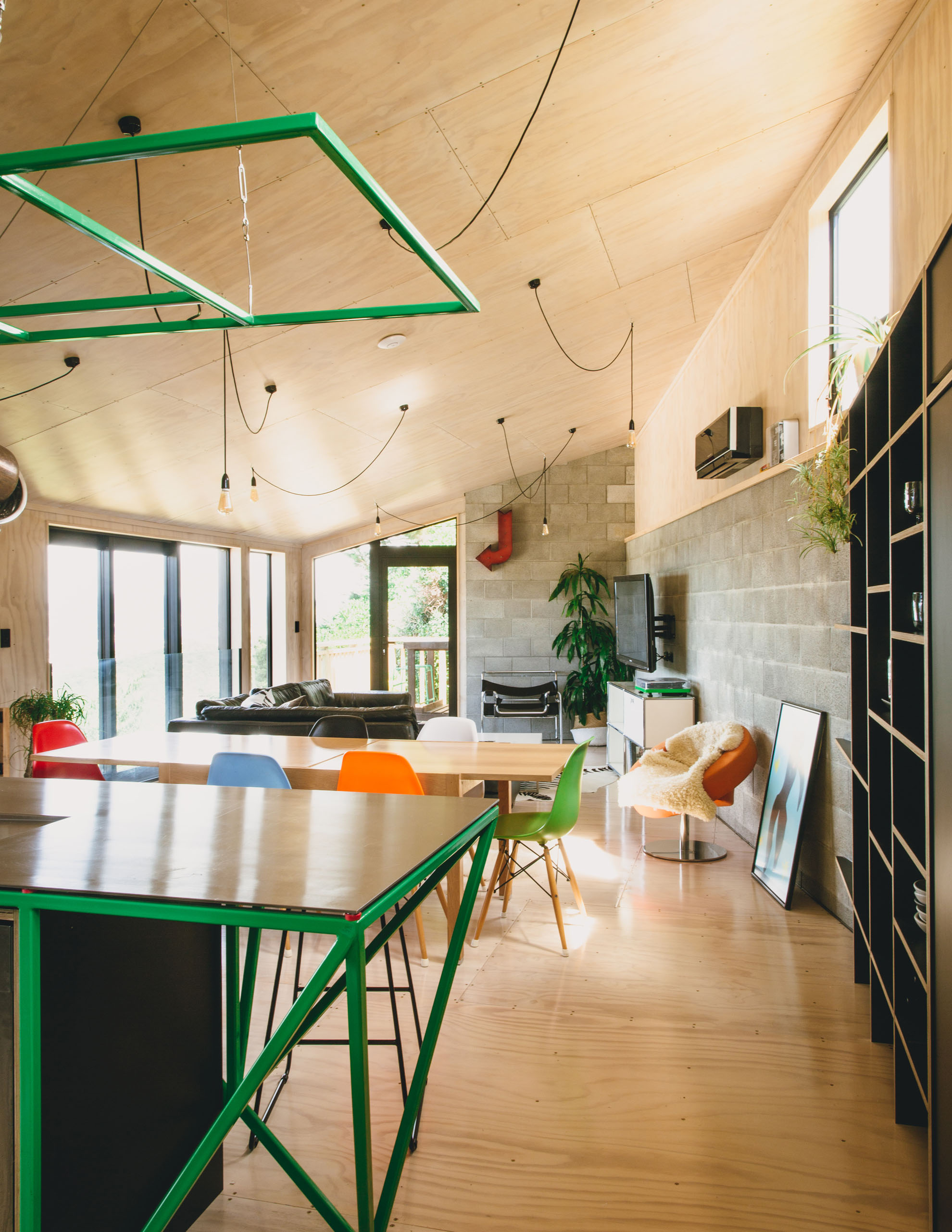 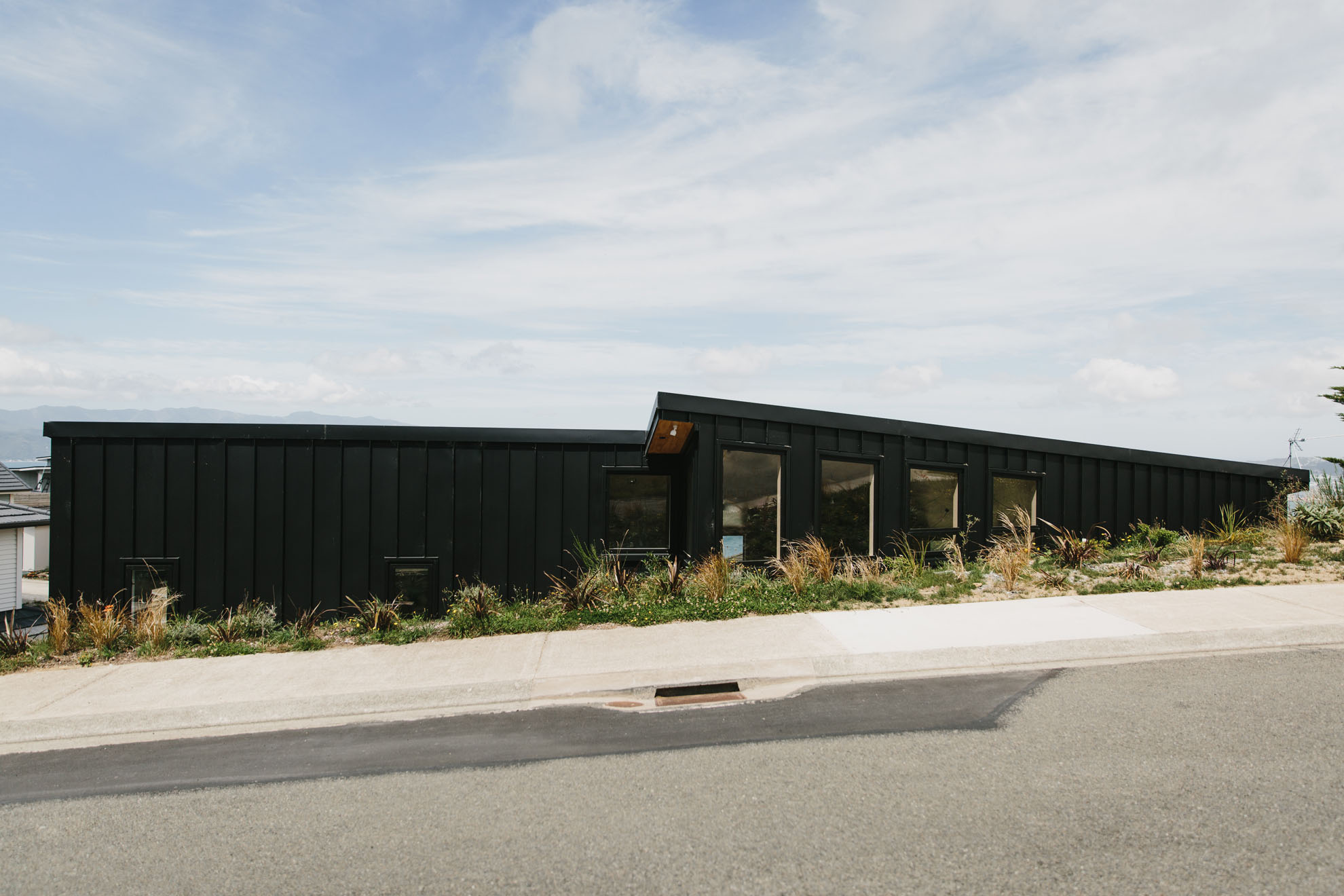 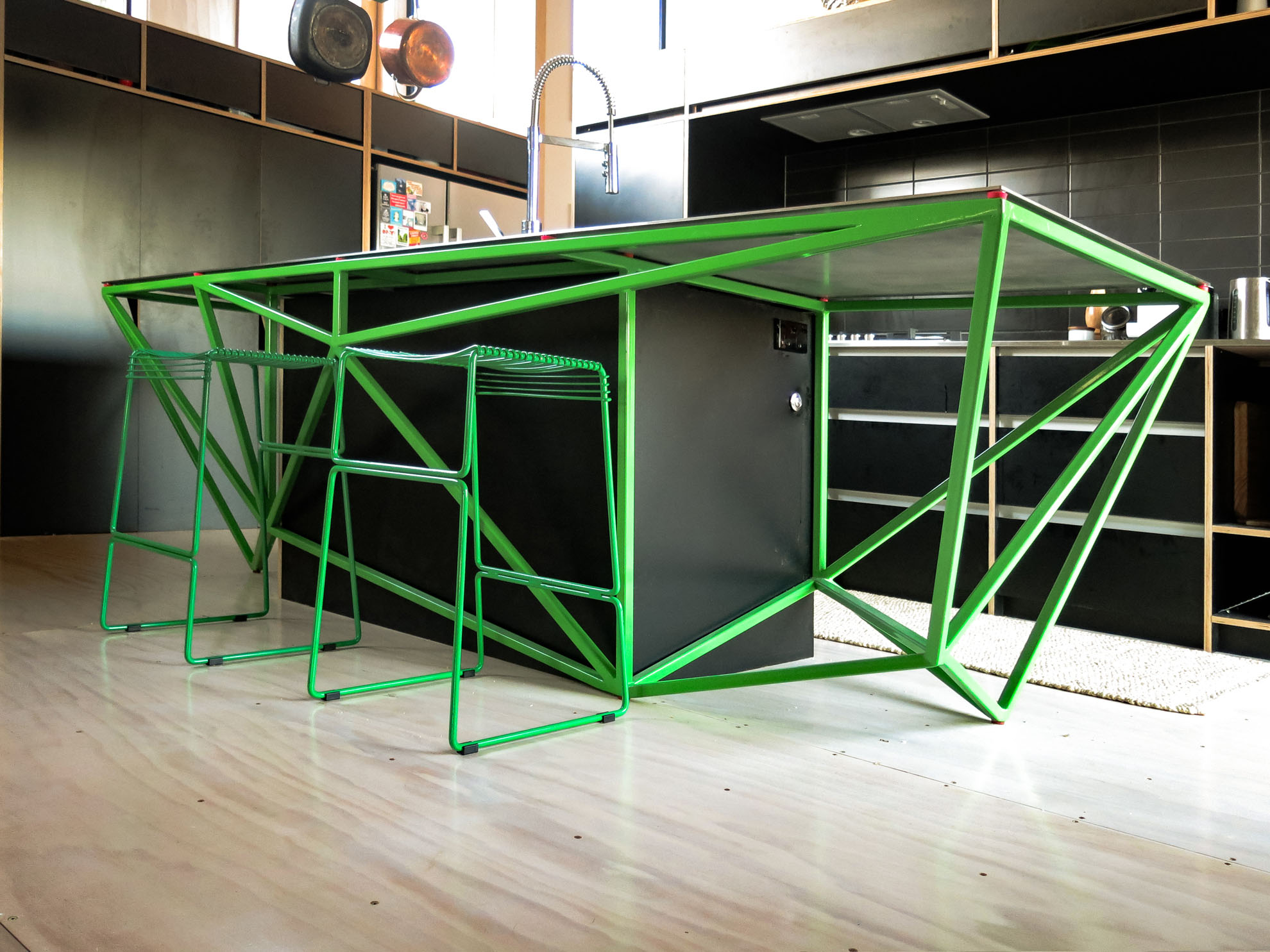 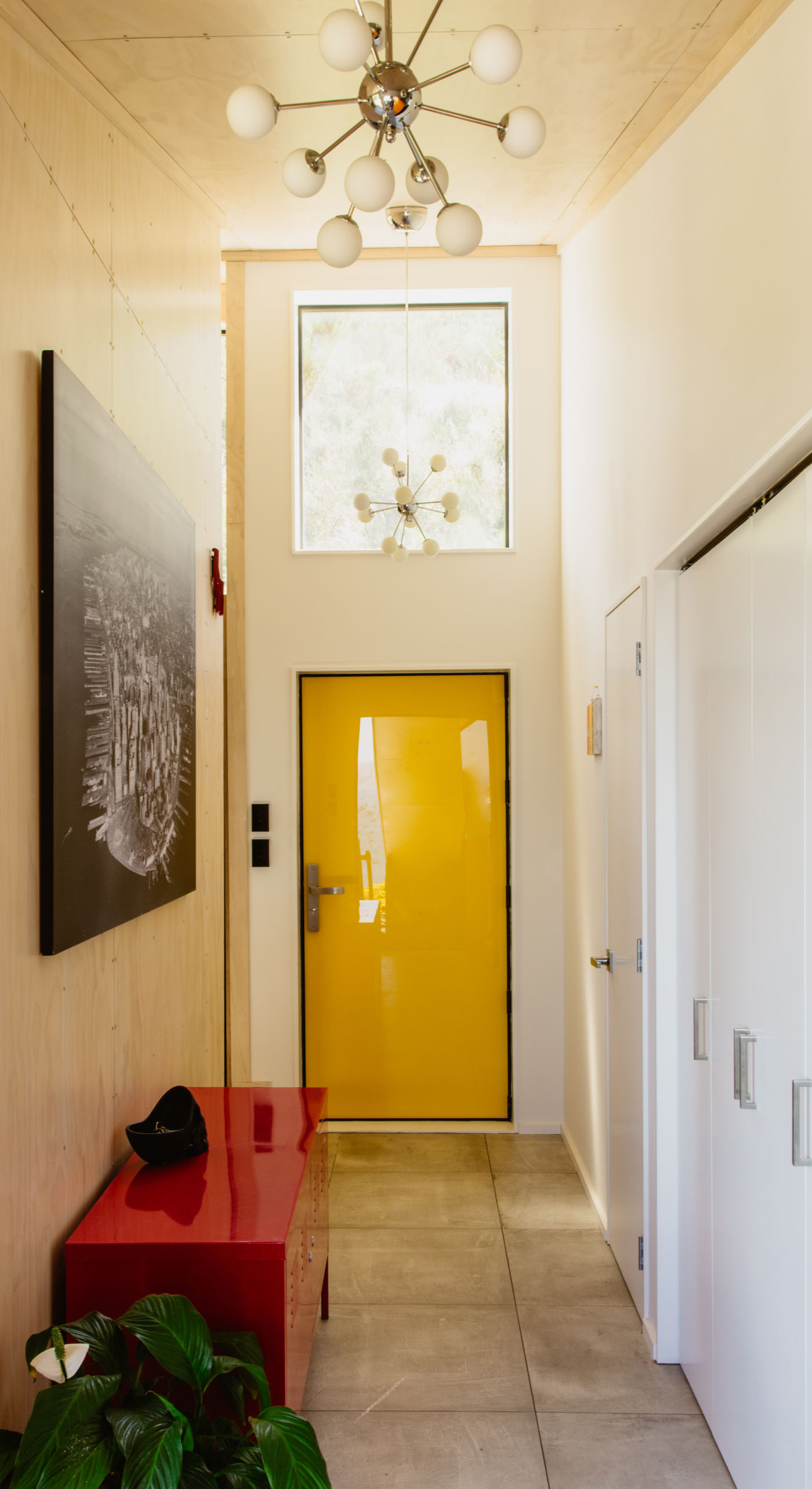 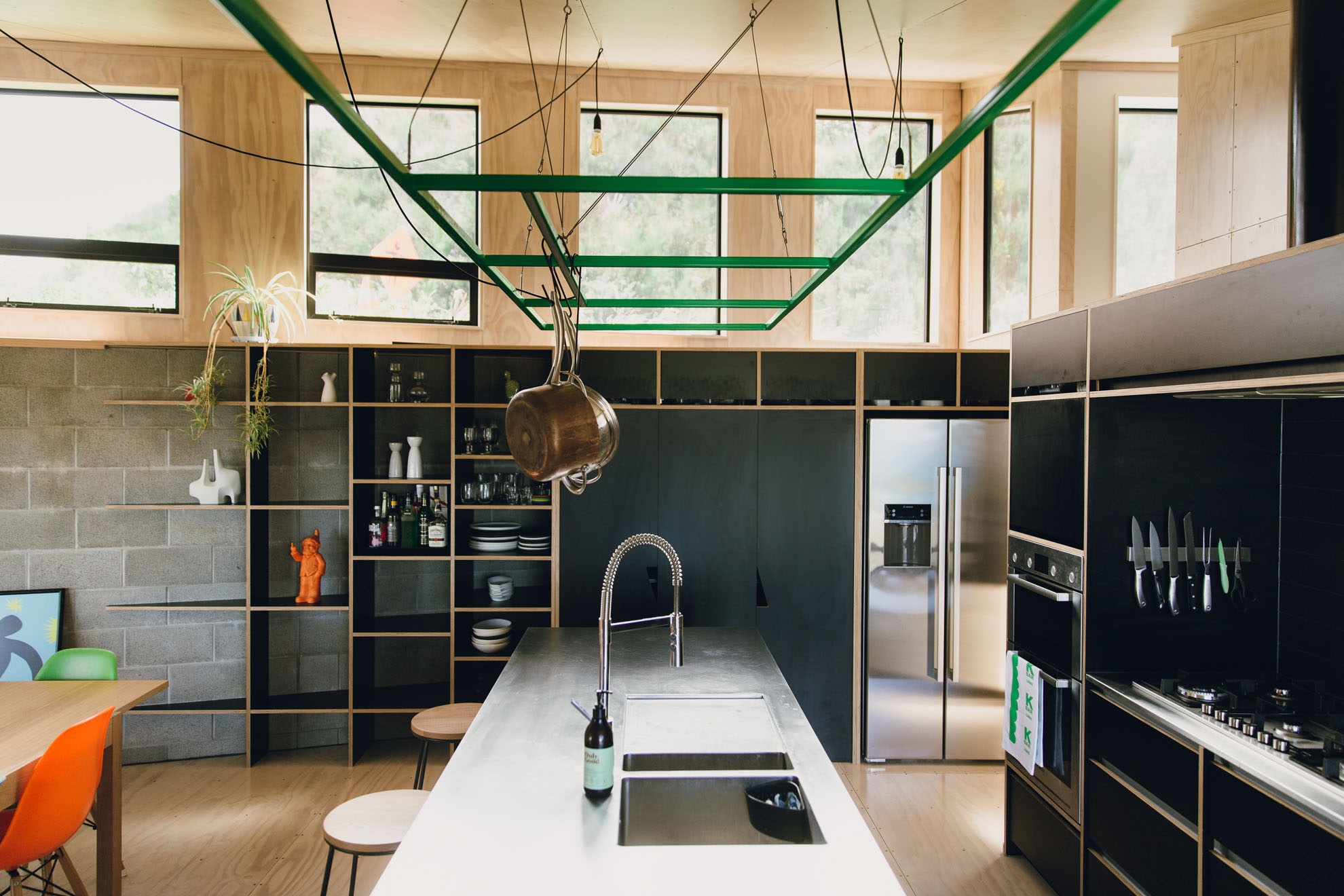 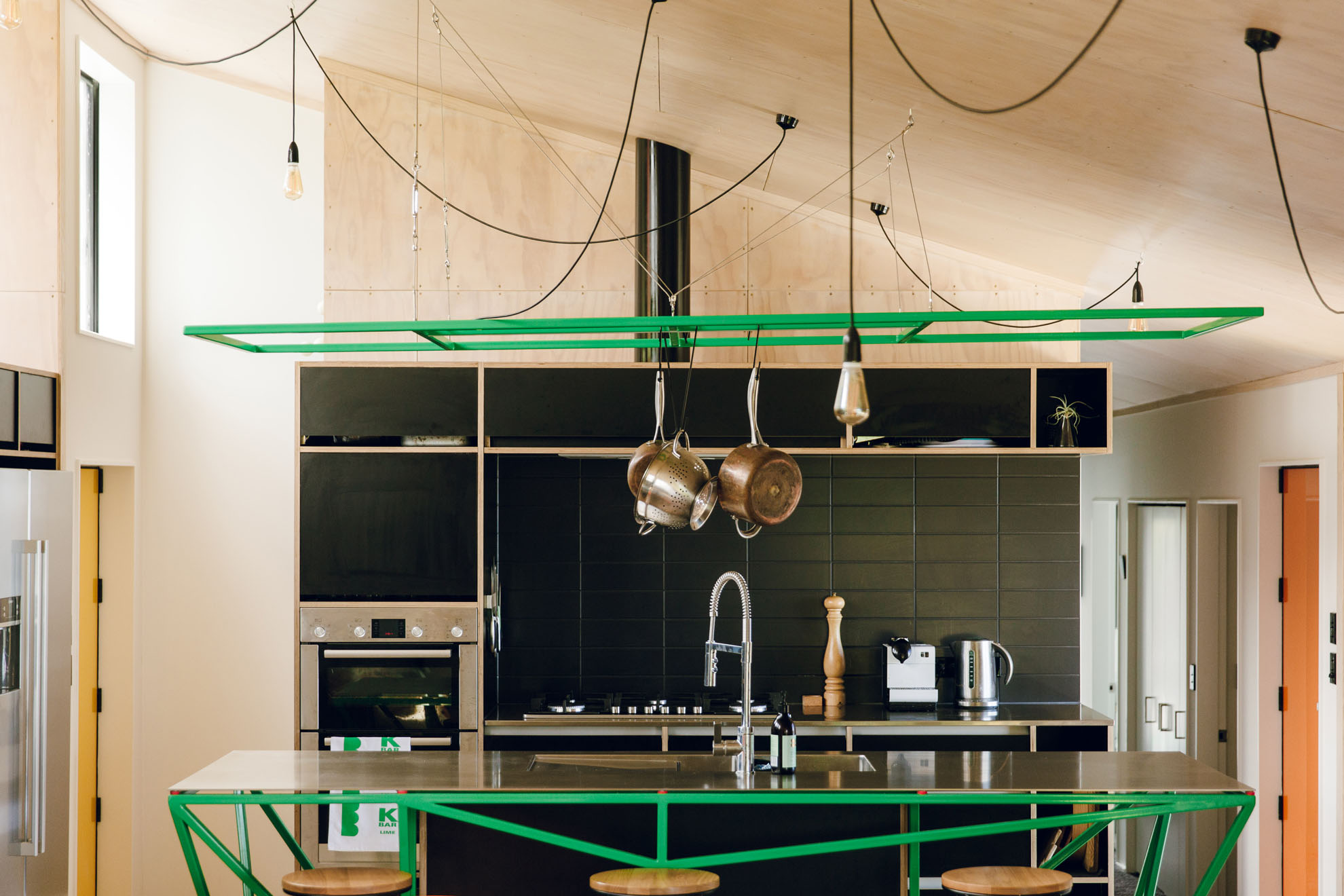 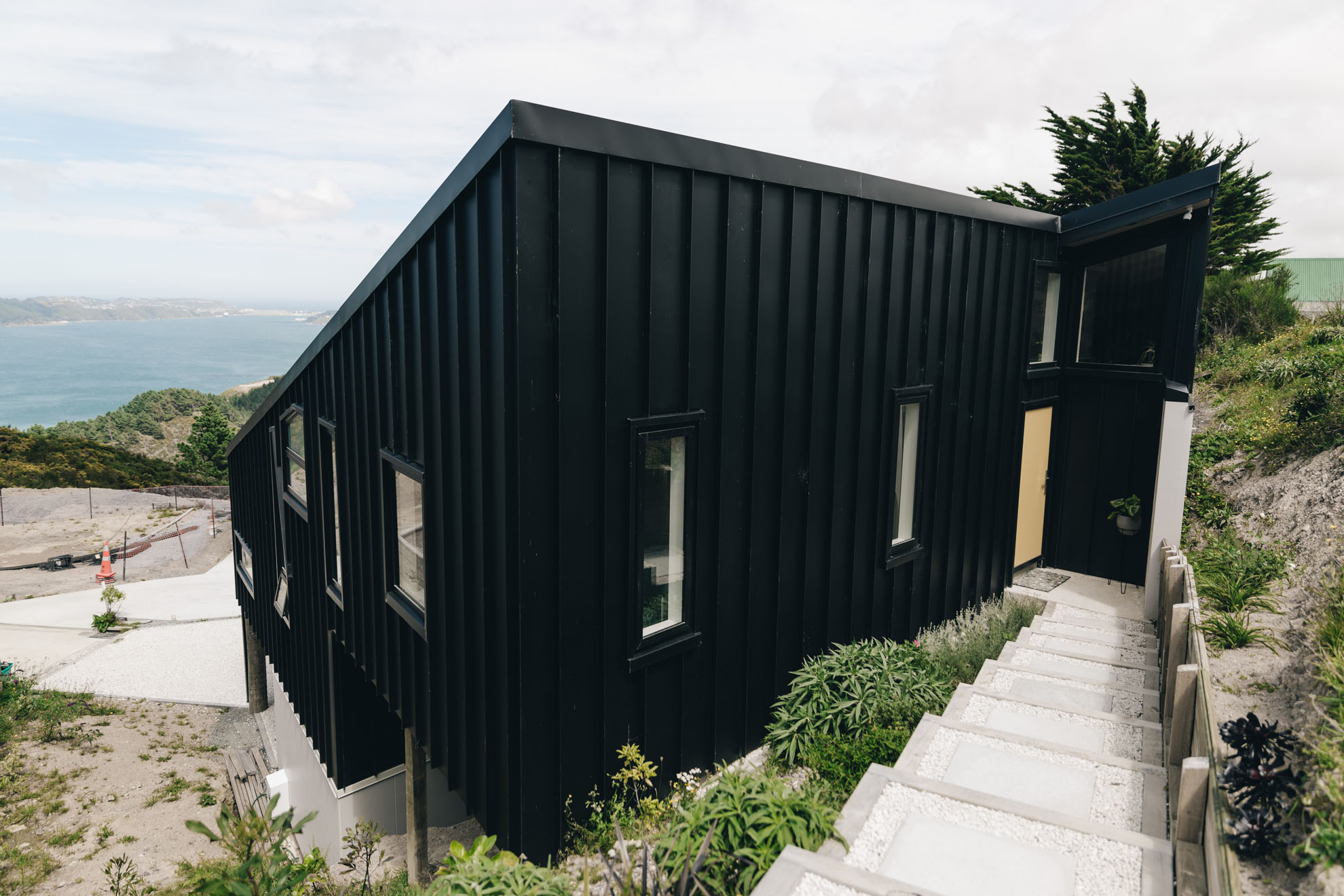 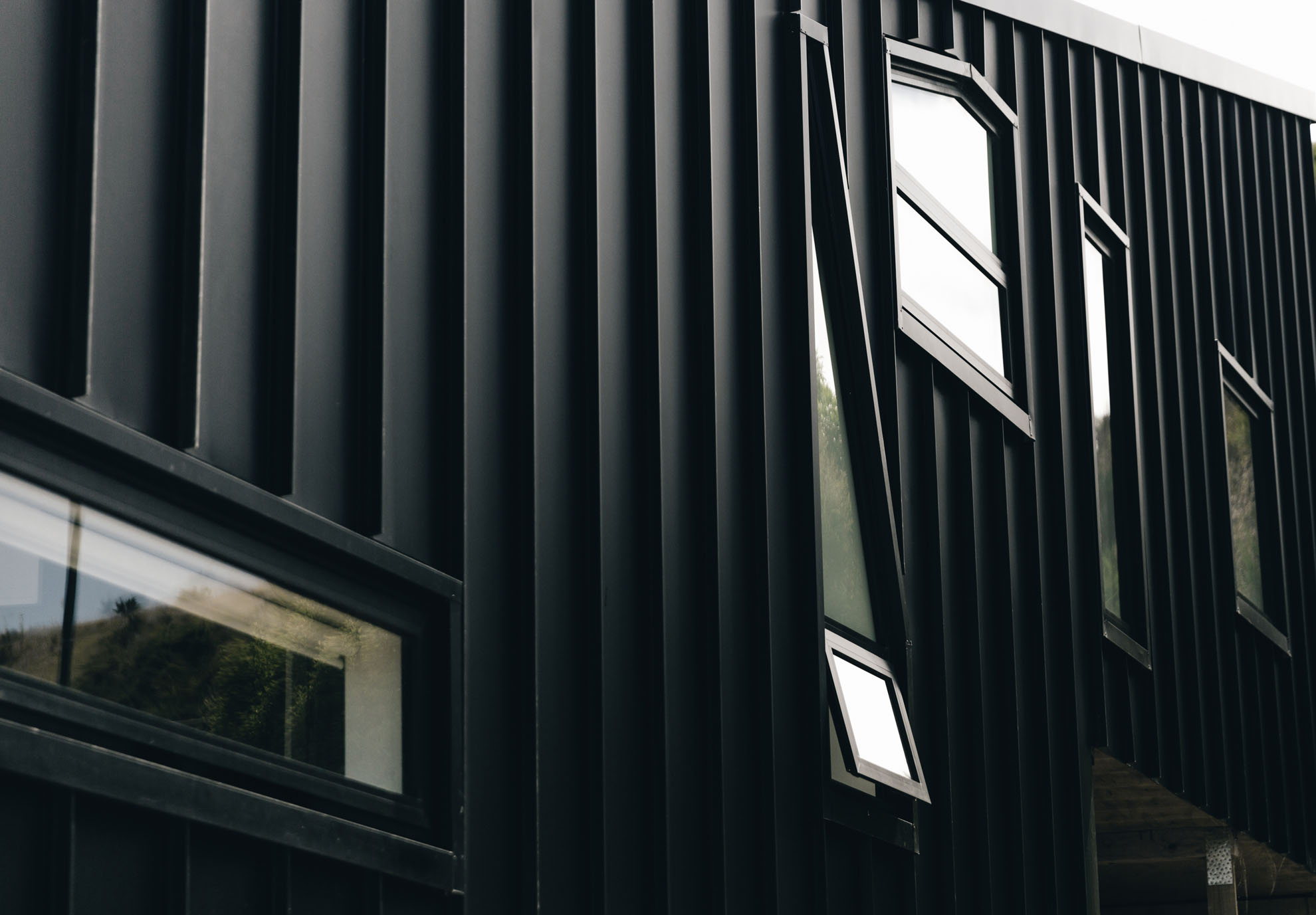 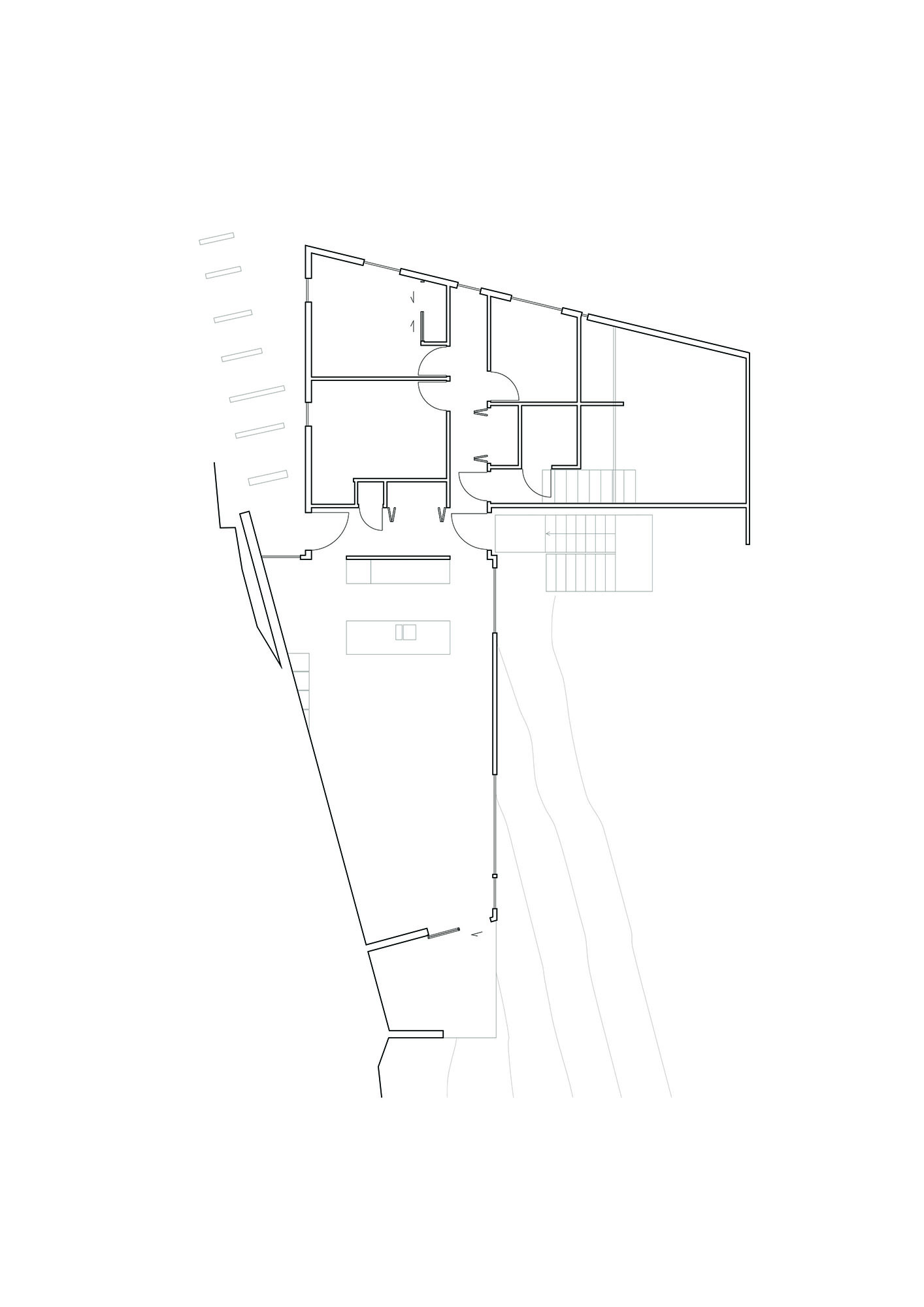 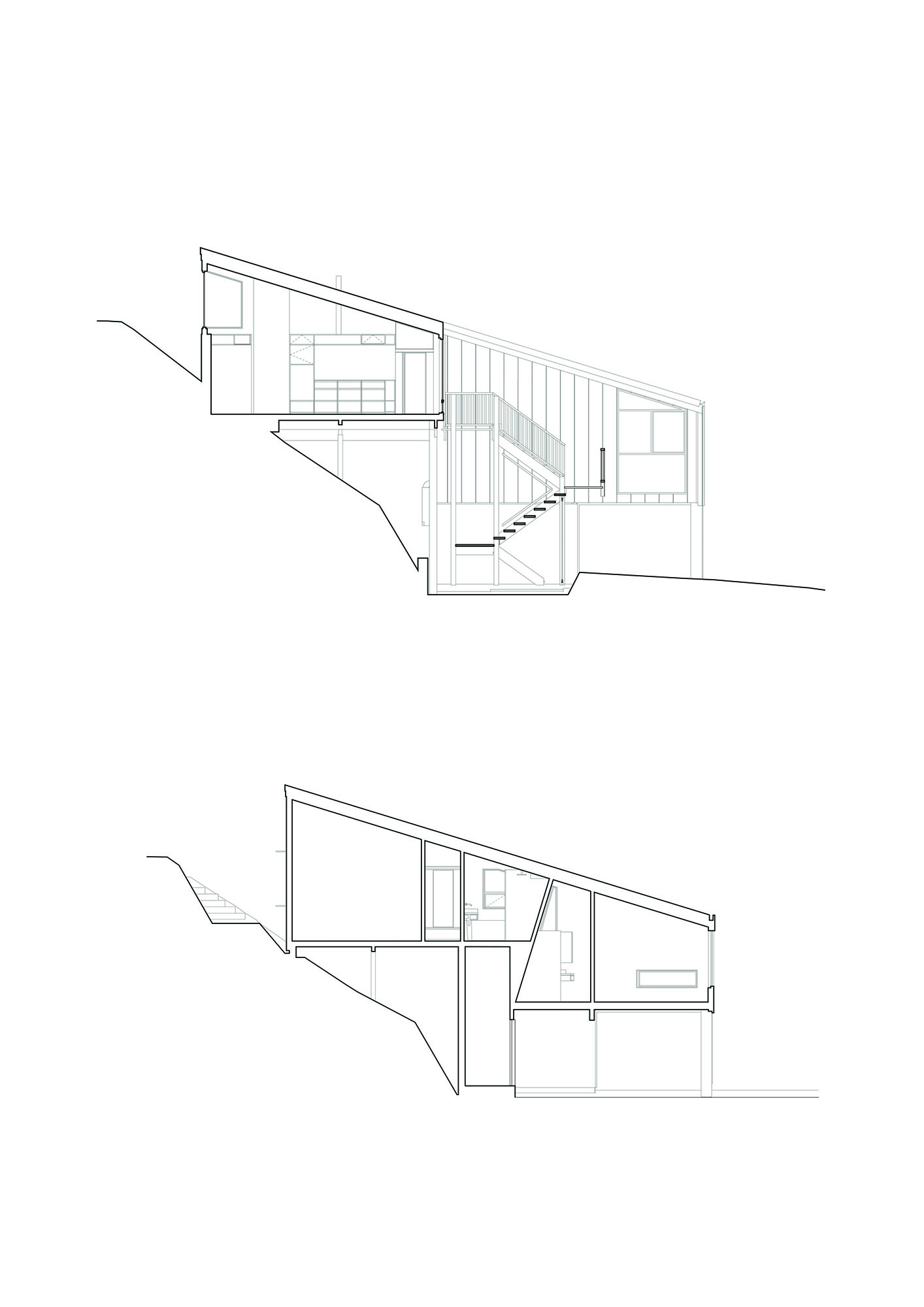 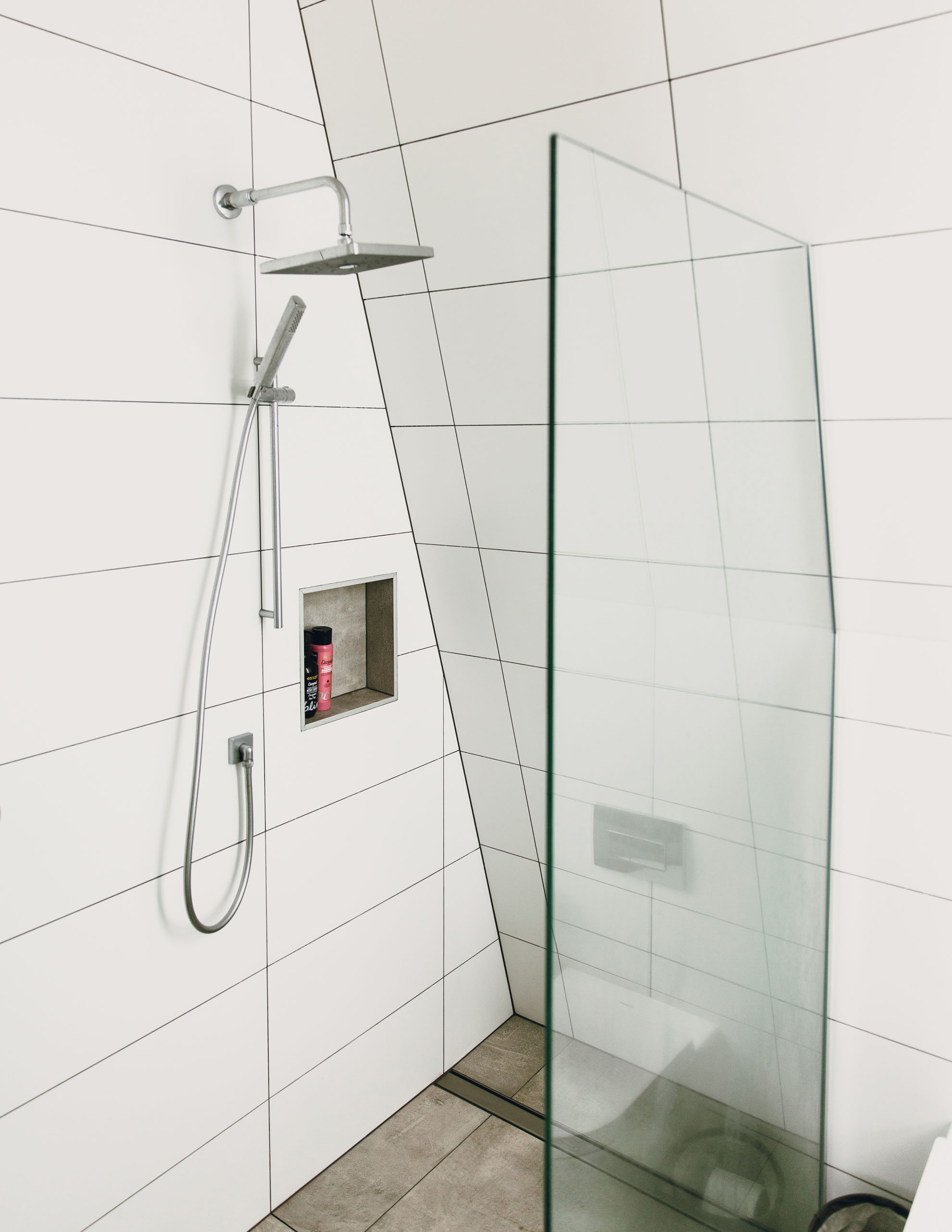 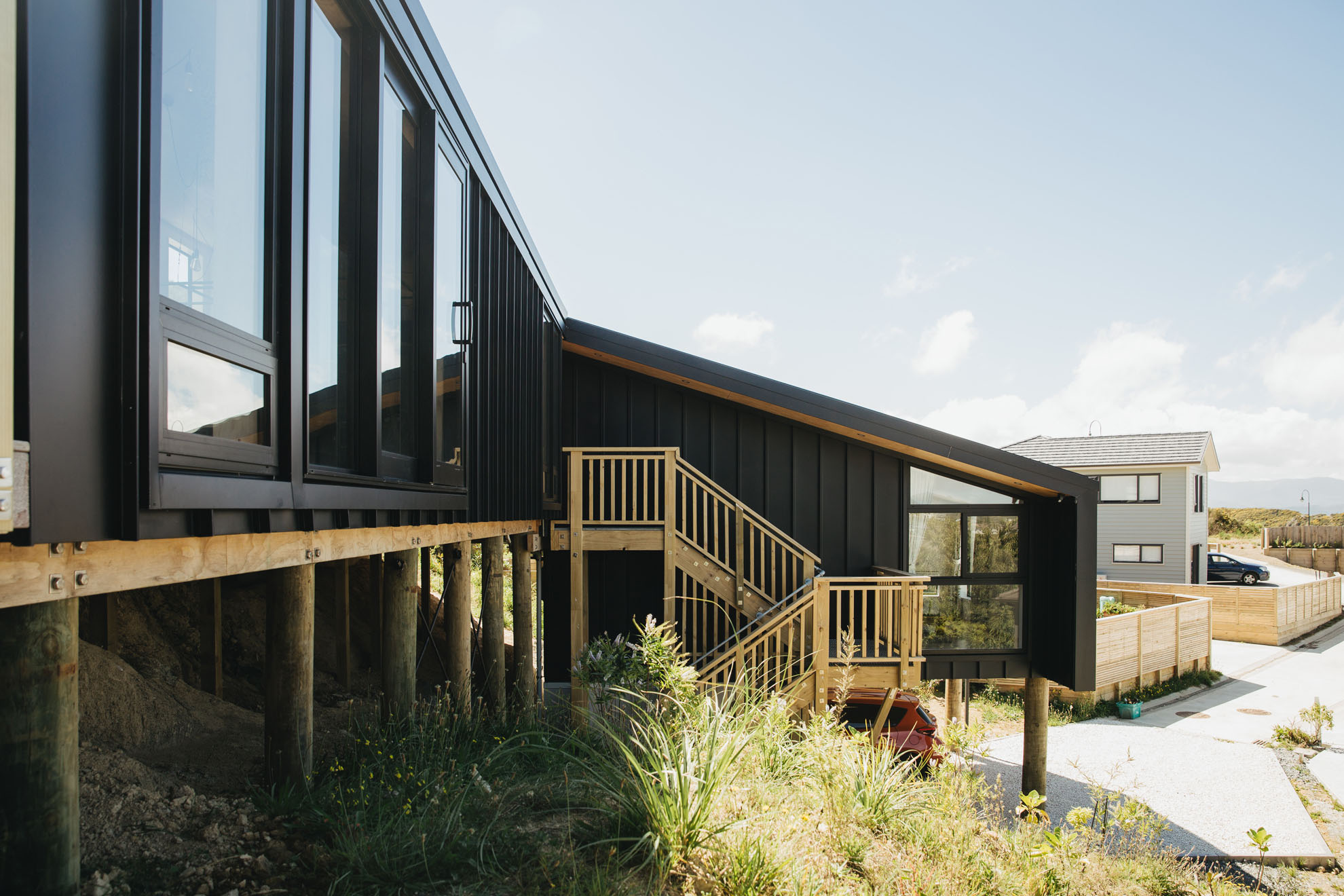 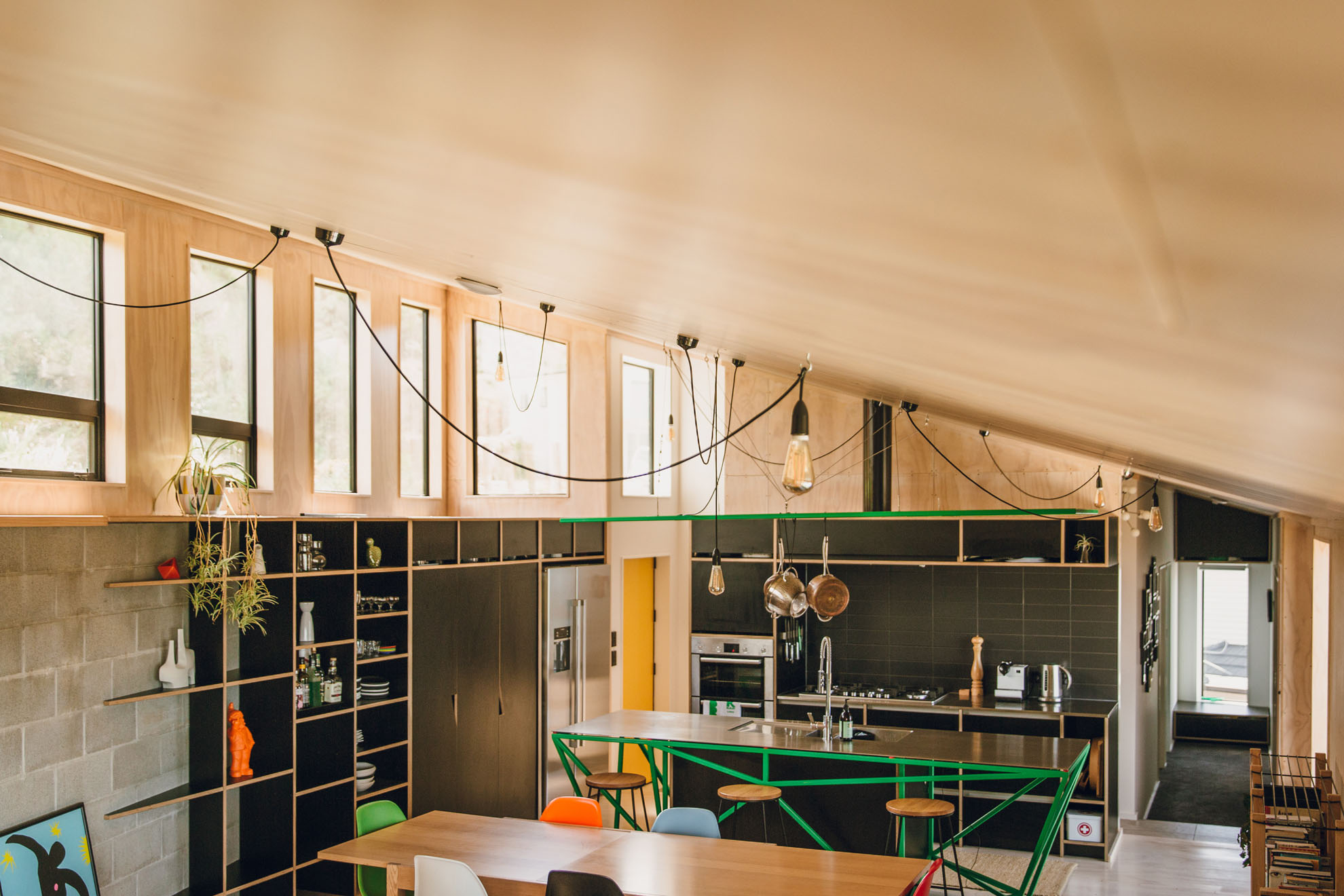